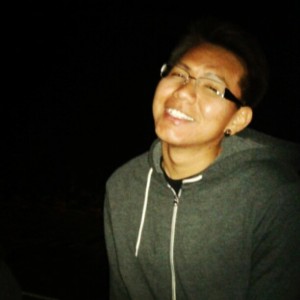 I write because there is story in me, in my parents, aunts, uncles, and in my people.

I write because there is story Navajo people have carried with them and were so shockingly shattered by that one C-word I refuse to say.

I write because I am Navajo.

I write because I’m 21, and what better way is there to get laid on a Saturday night and Tuesday morning?

BIO: Matthew says: “I’m a 4th year student at the University of New Mexico. I’ve featured at East of Edith’s open-mic night and is going to start an internship with the Local Poets Guild in the Fall of 2012. I’ve been published in Conceptions Southwest and a short story of mine was named an Honorable Mention in UNM’s Lena Todd Awards. I am a poet first, storyteller second, and a 6’3″ giant third. And yes, I am Navajo.”