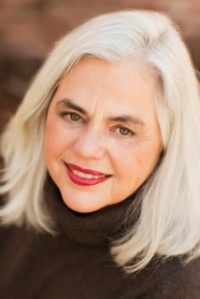 I write because my dad was a storyteller. Or at least that’s why I’m writing right now.

I always knew he was a storyteller, but I didn’t know that he was also a writer until I discovered his letters to me. They told of his adventures while he was in Saudi Arabia, waiting for us to join him. He wrote of explorations into the desert, of the Arab work crew climbing to the highest sand dune in the area known as the Empty Quarter so they could be as close as they could to God as they set down their prayer rugs, kneeled and bowed and said their prayers to the setting sun.

He wrote of kangaroo rats and desert foxes. And seeing one of his crew grab a locust from the air and toss it into his mouth. He wrote of setting up electricity for the King’s tent when he came for visits. They spread beautiful Persian rubs right down on the sand after they erected the tents.

He also wrote of his yearnings for us, the family that was stateside. “Pretty soon,” he wrote, “you will get on a plane and fly to New York City. Then you’ll get on another plane and fly over the ocean…” I would fly to the place where he had bought me my Dutch dolls – a boy and girl dressed in traditional costumes, complete with wooden shoes.

“Then,” he had written, “you will get on another plane, fly to Rome for dinner at the airport, and after dinner, you will get on another plane and fly across the Mediterranean and then over a place called the Empty Quarter where you will look down and see what looks like an ocean of waves, but they are really sand dunes—sand dunes as high as small mountains—and then, not long after that, you will come to where I am.”

So many women I know don’t know how their fathers felt about them. I always knew he loved me, he was a bit of a sentimental Irishman, but I never knew that he had yearned for me, never understood how lonely it was for him when he was away from us. Never knew what it meant for him to have children, and be away from them.

And yet, he also wrote about being in the Empty Quarter where Arab men climbed small mountains to be near God when they prayed, kangaroo rats jumped through his camp, desert foxes somehow survived in the Empty Quarter, and the moonlit night turned the desert into a beautiful landscape.

Today, at least, I write because my father wrote to me. And nearly 60 years later, 18 years after his death, his stories linger, live on the tissue-thin paper he wrote them on.

BIO: Karen Hogan is a writer who is a bit theatrical — she also acts and directs.  She has hosted Saturday Salon in Livermore, Calif. for the past nine years. Writers come to read their work and the audience listens. It’s an opportunity for them to see how their words work when they get lifted off the page. She describes it as ” . . .a place where something happens, so something else can happen.”  She published and edited five anthologies of writings from the Saturday Salon.  In addition, she produced and directed a series called “An Unusual Evening of Spoken Words (and maybe other things)”. Actors and writers acted in staged readings of short stories (by the likes of Kurt Vonnegut and Annie Proulx as well as works from writers who live locally).  Karen writes fiction, creative-non fiction, poetry and monologues. She directed the 2010 production of the Vagina Monologues, a fundraiser for the local women’s shelter. Said one audience member, “I’ve seen it produced in New York and San Francisco. This is my favorite production.” In addition, she has appeared in local community college productions and served as its dramaturge.  Her publications include life stories (Kid, I Can’t Remember Nothin’, Know Me by My Memories, and Seldom Right, but Never in Doubt), poems published in “The Scribbler”, poems, short stories, and creative non-fiction published in Livermore LIterary Harvest anthologies.  She lives in Livermore, California with her musician husband and sixteen-year old dog—a dog who people often mistake for a puppy.  [and she blogs at http://writingshed.me/]